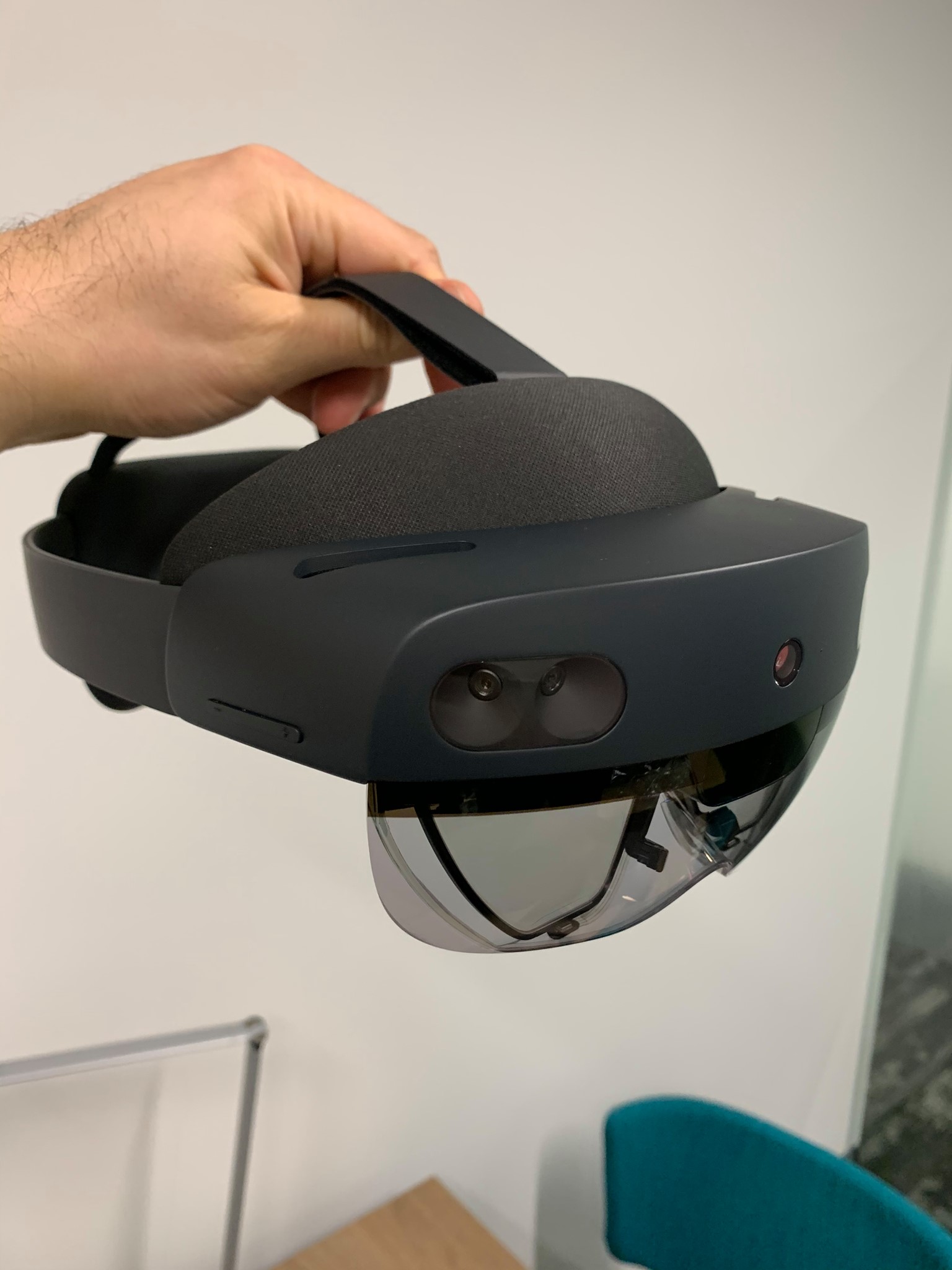 Almost exactly four years ago, the first HoloLens rolled off the assembly line and was delivered to its first customer. It was a revolution in wearable technology: not only was it a full computer that you wore on your head, it also had “mixed reality” holographic display, depth-sensing sensors that descended from the Xbox Kinect, and special gesture tracking so you could use your hands to control it.

At the time, the world of augmented reality consisted of phone and tablet-based camera pass-through apps and simple two-dimensional AR heads up displays like the Google Glass. Android’s ARcore and Apple’s ARkit had not been released yet for mobile devices, so the world of 3D holographic and spatial AR computing was almost exclusively in Microsoft’s hands.

The first-generation HoloLens was considered a “Developers Edition” at the time until Microsoft released an Enterprise edition by early 2017.

Mixed Reality is the future

I was lucky to use the original HoloLens during its first year in 2016. We got one for my company’s Innovation Center and we built a medical imaging app that we demonstrated to visitors. Over the next few years, more applications popped up in the Microsoft Store and through partners.

At first, it seemed there might be more of a consumer focus with the headset. Games like Roboraid were made to show off the gaming ability of the platform. Quickly though, the market turned towards enterprise.

I like using the HoloLens for collaboration apps like Spatial, Object Theory’s Prism, and Holo-One, which allow people to work together in 3D rooms both co-located in-person and remote. I also like working with companies such as Taqtile for maintenance and job aid applications like their Manifest platform.

I also like using the Windows Mail, Calendar, and Web browser applications to place an almost infinite desktop around my workspace and house.

As we look to the future, we are building applications for the HoloLens 2 that bring map and sensor data into spatial computing, bridge training from virtual reality to augmented reality, and move from phone based interfaces to head mounted displays.

The HoloLens 1 was a revolutionary device that came out in 2016. We had never seen anything like it before and it has affected product development across the entire XR industry.

It was a great device.

Once devices got out, we gathered our ideas for how to improve the platform. These are not gripes with the first generation HoloLens, rather a set of ideas that were collected over the next three years as Microsoft designed HoloLens 2.

The limited field of view was the most noticeable. Technical limitations of these sort of holographic waveguide displays limited the horizontal field of view (FOV) to 30 degrees—whereas VR is typically over 100 degrees and ideal FOV for any headset is upwards of 200 degrees or more. No AR headset can reach 100 degrees right now, but we may see that change over the next few years.

Besides FOV, the form factor of the HoloLens 1 was also a concern. Fitting all the electronics and battery in the headset was quite a feat, but all that weight was placed over the face—and on the nose. A HoloLens 1 could be worn for maybe 30-60 minutes before it became quite uncomfortable. There were adjustments to the headwear that could improve this, but it did not eliminate the fact that there was a mass of weight on your forehead.

Lastly, while the hand gestures—what was call the “air tap” and “bloom”—were easy to learn, they were not as intuitive as we would like.

HoloLens 2 is a big incremental improvement

In addition, new features were added:

Slow and steady wins the race

HoloLens 2 is more of an evolution than a revolution this time around. However, Microsoft is likely aiming for HoloLens 3 or 4 to be plain old glasses. Maybe that will not be until HoloLens 5. We are 5-10 years out for a truly revolutionary headset. Everything between now and then will be incremental improvements until we get smaller size, greater power, and more seamless and full-view optics.

In the meantime, the likes of Magic Leap, Facebook, or Apple would like to get there first. We will probably see consumer devices from some of these players with less features but more compact form factors. Microsoft is focusing on enterprise first, focusing on higher end features and support that is required for companies and the government. That should lead to consumer editions at some point.