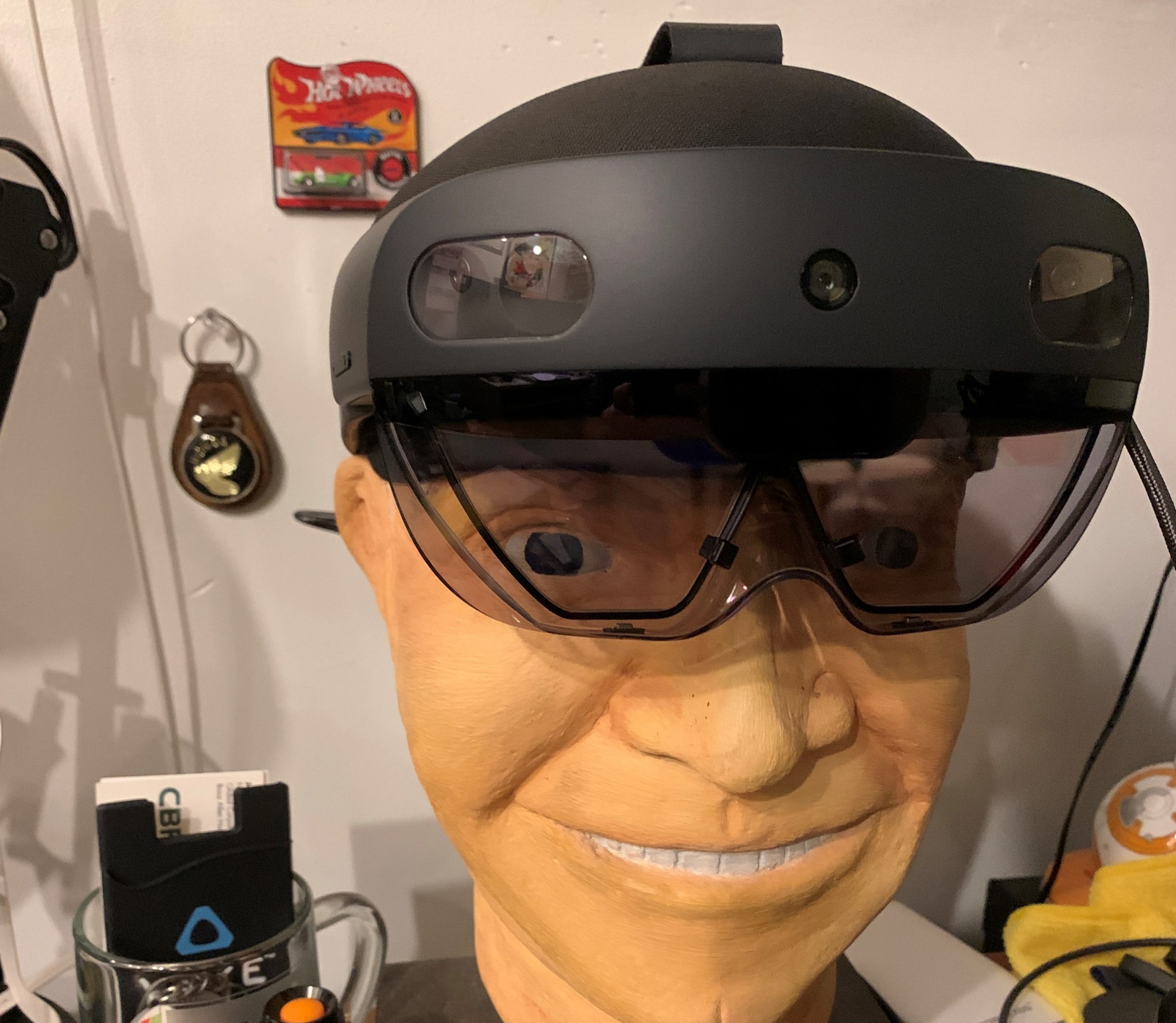 Way back in early 2019 it was looking like 2020 would see a surge in augmented reality headsets and adoption across both the consumer and enterprise space. There were rumors of Apple announcing an AR headset in early 2020. Microsoft was releasing its long-awaited HoloLens 2 by the end of 2019. North Focals, nReal, Magic Leap, and others had devices out or coming soon. The excitement was strong.

The Reality of AR

Once the end of 2019 came around, we realized that we would instead be seeing important yet incremental progress in AR devices. Consumers will be getting more options like an updated North Focals, nReal Light, and the promise of AR contacts in a few years. Microsoft’s HoloLens 2 rolled out, albeit to production constraints. The Apple AR glasses ended up being a 2022-2023 thing instead of a 2020 thing. We just have to wait a little bit longer.

The limitations on technology are a major factor. We want smaller, lighter glasses with a wide field of view (FOV), 3D optics, ease of use, and low cost. Right now, we can have one or maybe two of those features in a single headset. You could have small and relatively inexpensive North Focals. You can have the Varjo XR-1 with a wide field of view for $10,000. You can have the HoloLens or Magic Leap that are self-contained and easier to use, but lacking an ideal FOV.

The other issue is cost. Anything with true spatial 3D computing is upwards of $1000 or more. Headsets like the North Focals come in under $1000, but only offer 2D optics for notifications and do not include enhanced input methods. nReal Light consumer glasses are supposed to start at $500 and include 3D optics but are not available quite yet.

This year promises to bring down the cost of the entry level AR glasses, but we are not quite there yet.

For the most part, we may already know what AR is coming in 2020. Most of the AR devices are already here or already announced:

There are likely more devices in the works, but I do not expect to see major new production devices before 2021. Facebook/Oculus, Google, Apple, and others are likely working on their own new products. Microsoft and Magic Leap are working on their next generation headsets. Smaller companies like nReal and North Focals are progressing their tech as well. Right now, we have what we have. We may get announcements of new products this year, but I would be surprised if we get anything tangible to try before 2021.

For a comprehensive list of AR predictions for 2020, check out Tony SkarredGhost’s summary of AR.

When will AR really take off?

For enterprise, 2020 and 2021 will have a lot of adoption of AR. With fieldable headsets from the Microsoft, Vuzix, and Magic Leap, some enterprise and government agencies will be able to afford piloting and deploying these devices in greater numbers.

For consumers, we will likely need to wait until 2021, 2022, or 2023 for substantial adoption. North Focals and similar devices may see some uptick before then, but we may need a Facebook/Oculus, Google, or Apple to make a pair of AR glasses that are attractive to the mass market. I would love to see a smaller company come in and be competitive, but experience points to a large company with big pockets as the winner.